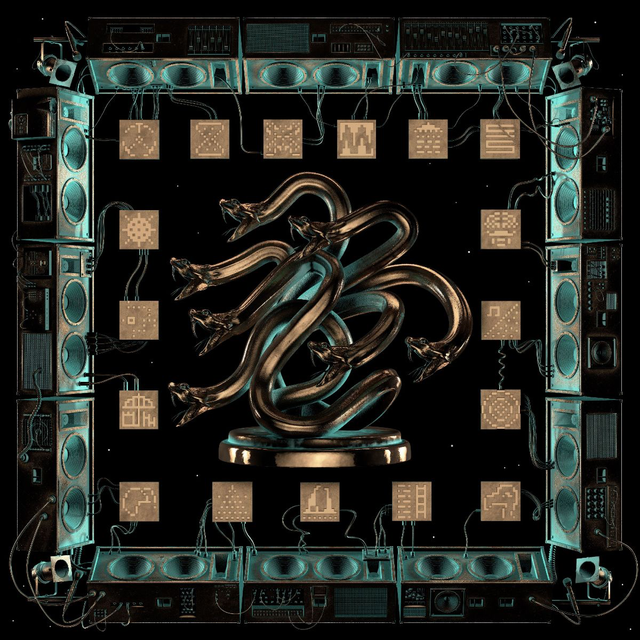 Chunky Shrapnel is the first ever live LP (as well as the first ever double LP) from Australia’s acclaimed genre-defying band King Gizzard & the Lizard Wizard. It is the soundtrack to the feature-length music documentary film following King Gizzard on their 2019 tour across Europe and the UK, showcasing the adrenaline-inducing on-stage performances from the perspective of the band and offering a deeply immersive and unique experience.

The accompanying feature length film was directed and shot on 35mm by John Angus Stewart, who began working with Gizzard in 2019 making several music videos for their thrash metal album Infest The Rats Nest. Stu Mackenzie (lead singer) created an original accompanying musical score to portions of the film that feels somewhat magical with a touch of an alien melancholy.

At times gently holding your hand and at other times smashing a bottle over your head and dumping your body in a heaving crowd, Chunky Shrapnel brings us into a driving, ever-accelerating spiral that climaxes in a 15 minute medley that spans performances in four countries.

This exciting live record will come housed in a double gatefold sleeve made of heavy 350gsm silver reflective board, rounded inner-sleeves and a gold-foil obi strip. 🤤🤤🤤

16 - A Brief History Of Planet Earth (Live in London, Berlin, Utrecht and Barcelona ’19)