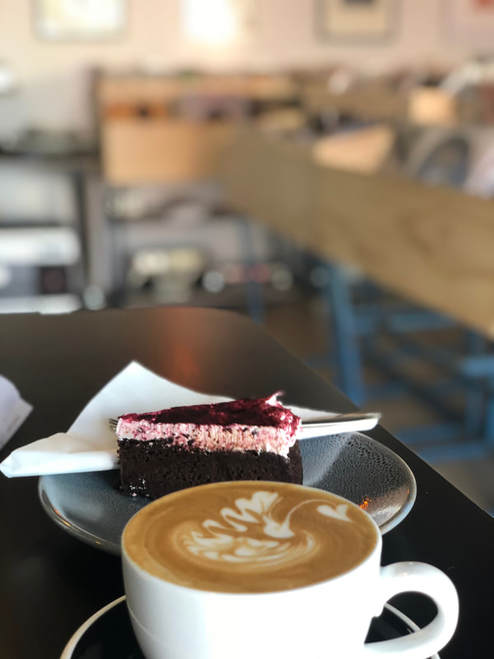 Sunshine Coast based record collector and Record Fair organiser, Mark Grounds and his award winning Barista wife, Cara Madden have opened WAX BUILDUP. A brand new coffee shop and record store situated in Maroochydore's entertainment precinct. Our aim is to not only boast a wide range of both new and vintage vinyl and serve great coffee but to provide the local music scene with a place for artists and musicians to grow and feel supported. Our main focus is inclusion, to give the community a place where everyone can feel welcome, enjoy music and art or just hang out and have a drink!

1988 was the year music changed for Mark Grounds. An innocent question at a family Xmas gathering lead to the exchange of 2 mix tapes with the likes of Cosmic Psychos, TISM, Dead Kennedys, Painters & Dockers and Sex Pistols as the featured artists. The floodgates were open and being spoon fed radio songs was no longer an option. Then came a guitar with a chord book. Music became more than a hobby or a pastime. It became a passion. He joined his first band in 1991 and recorded an album as well as performing gigs around Brisbane. Cassettes soon-thereafter turned to CD’s but by 1995, vinyl had become the format of choice for Mark’s music collection.  By 1995 he had dropped his own instruments and started working as a stage technician and PA rigger with many acts coming through Brisbane when he asked the merch seller for a free shirt at ‘The Cramps’ show at The Roxy. This innocent question changed his destiny and after scores of gigs over the next few months he was on his first national tour. It was on the road where Mark’s desire to obtain a record collection kicked into overdrive with free freight and different towns to trawl through endless second hand stores presenting themselves to him. Many tours followed and soon it was ten months of the year on the road. During downtime, he would supplement his income by selling second hand records at The Valley Markets and taking on a casual job at Skinny's Records in Brisbane. The touring didn’t stop and he has since toured with many acts including Bob Dylan, The Rolling Stones, Powderfinger and many more but after twelve years on the road with many artists and festivals it was time to embark on family life with his first child on the way. He started a full time job as music manager at JB Hifi and worked at five locations over the duration of 11 years as their music co-ordinator. He was at the forefront of the retail chain obtaining a record section pleading with the company to allow him to stock them despite many knock backs until they eventually embraced the idea. Since moving to the Sunshine Coast, he has held a bunch of record fairs and also started a business with the team at Sonic Sherpa running on-site pop-up record shops at many festivals across Australia including Splendour In The Grass, Bluesfest, Falls Festival and many more.


Cara Madden  and Mark Grounds met in 2000 and Cara introduced Mark to the world of coffee. She has been head Barista and cafe manager at many successful coffee shops around the world for more than twenty years. Her passion for the perfect cup saw her working as Phil DiBella's head barista at Cosmo cafe in the valley before he started his own company She moved to England in 2003 to educate the Pomms what a warm drink should be. Upon retuning to Australia, Cara became the cafe manager and Barista trainer for Cibo Espresso where she entered the World Barista Competition for Qld and took out the silver medal! Since then she has been involved with many  quality coffee spots and is currently working alongside the multi award winning team at Tim Adams specialty coffee. Tim took out Australian Barista of the year and now has his own award winning roaster on the coast. Tilly Sproule has taken out the Qld Barista of the year for the past 4 years and been runner up in the Australian competition. She has been teaching the team at WAX BUILDUP some of her techniques and may have a new battle at the next competition! Cara is no stranger to music either. She has recorded an album with Ian Haug from Powderfinger as well as sharing the stage with many talented performers.

So the time has come for this new chapter. A dream that they have had since moving to Melbourne in 2002 to open a Record/Coffee Shop. Sure it’s taken a while to come into fruition but they’ve had time to perfect what they wanted to achieve. They’ve found the venue and kitted it out and he has thousands of records that have been locked in his vault deemed too good to sell at markets, they’ve built the furniture and even handmade the light fittings out of up-cycled vinyl records. We’ve sourced our favourite coffee, incredible vegan and gluten free cakes and treats and decorated the shop so there are stories to be told in every corner.

So come on down and enjoy our story.
We are buying, selling and trading new and used records.
We will be looking at hosting some music and vinyl themed events soon. 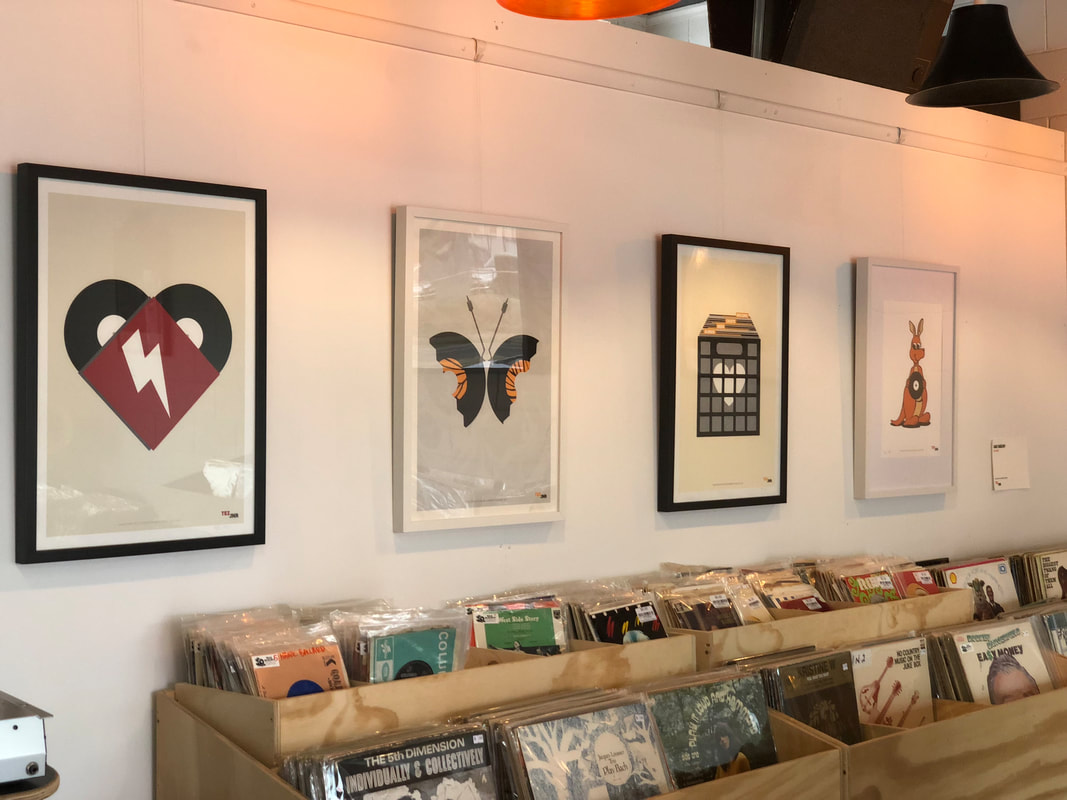